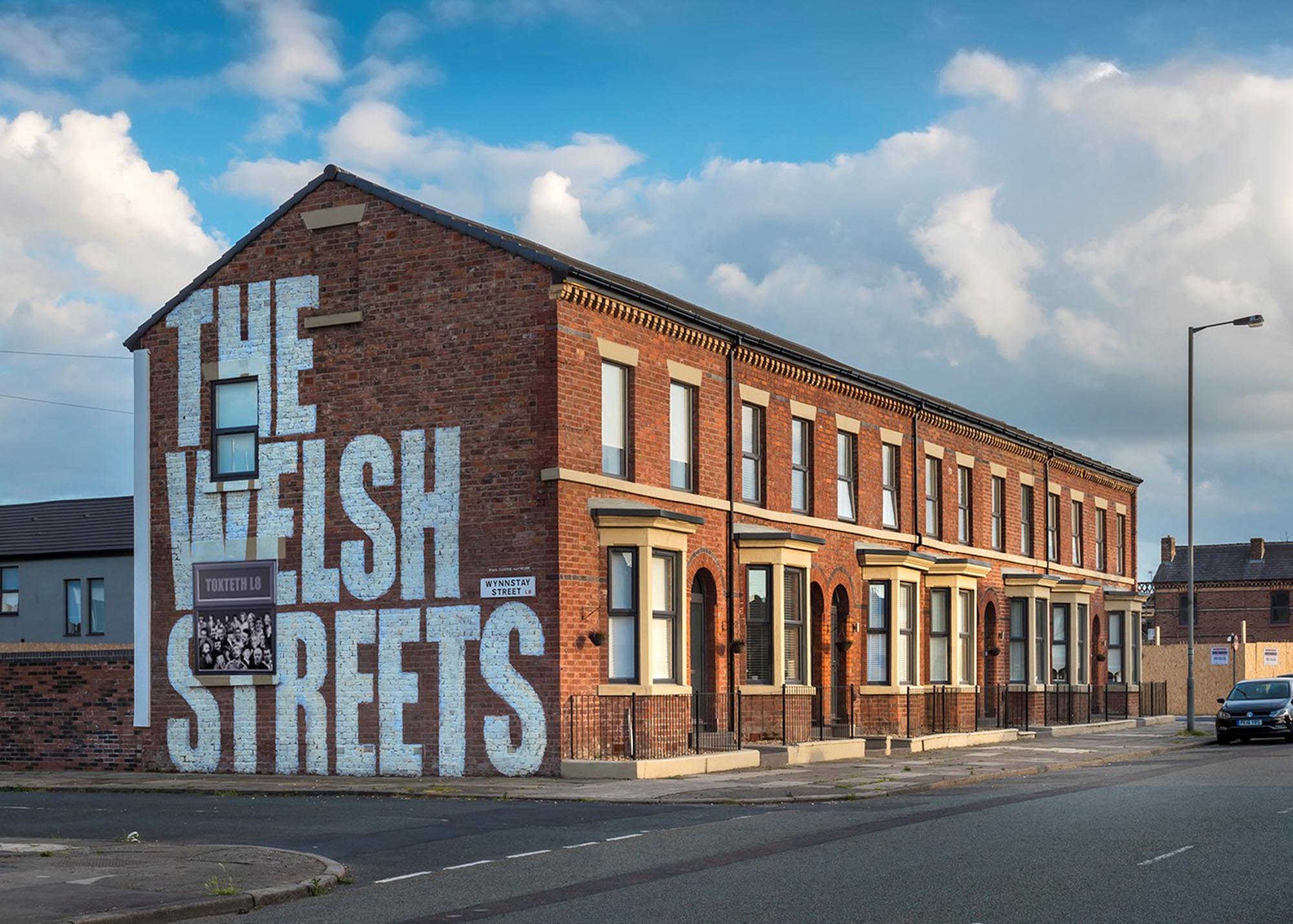 After playing host to the ‘Peaky Blinders’ where the empty and decaying terraces were used as the backdrop for filming throughout all seasons of this popular TV series, these streets have now been reclaimed.

It is notable that this location was chosen to represent 1920’s inner city deprivation as portrayed in the filming, and without the need for any enhancement such was the condition and state of these empty terraced homes that had been derelict for 10 years.

The positive changes that have taken place at ‘The Welsh Streets’ has been recognised through a significant number of national and regional awards that the project has received, including Outright Winner of the Sunday Times Homes Awards 2018 for the Best Housing Project in the UK. It was also recently voted in the Liverpool Echo as one of the coolest place to live in the City.

MCAU as lead consultant defined the scope and opportunity for implementing the rejuvenation of the area, supporting an innovative partnership between Liverpool City Council and the developer PlaceFirst which has now seen the creation of a neighbourhood reborn.

The transformation of 5 streets and over 400 empty Victorian terraced houses over 5 development phases has been achieved through comprehensive remodelling of the properties that placed the family end user at the heart of the design process. Adjacent properties have been knocked through to create a new and more relevant mix of 2 to 5 bedroomed family homes that are for affordable private rent, and where all residents have access to landscaped communal gardens where once there were dark yards and alleys at the rears. Later phases of new housing have also been carried out that compliment the heritage and character of the existing and remodelled terraces.

The Welsh Streets has seen many former residents return to the area recalling earlier happier memories of the original community that previously existed which disappeared as the urban decay took over, and with many new young families now also attracted to the area and to the properties and setting down roots, a thriving new and reinstated community is now evolving.