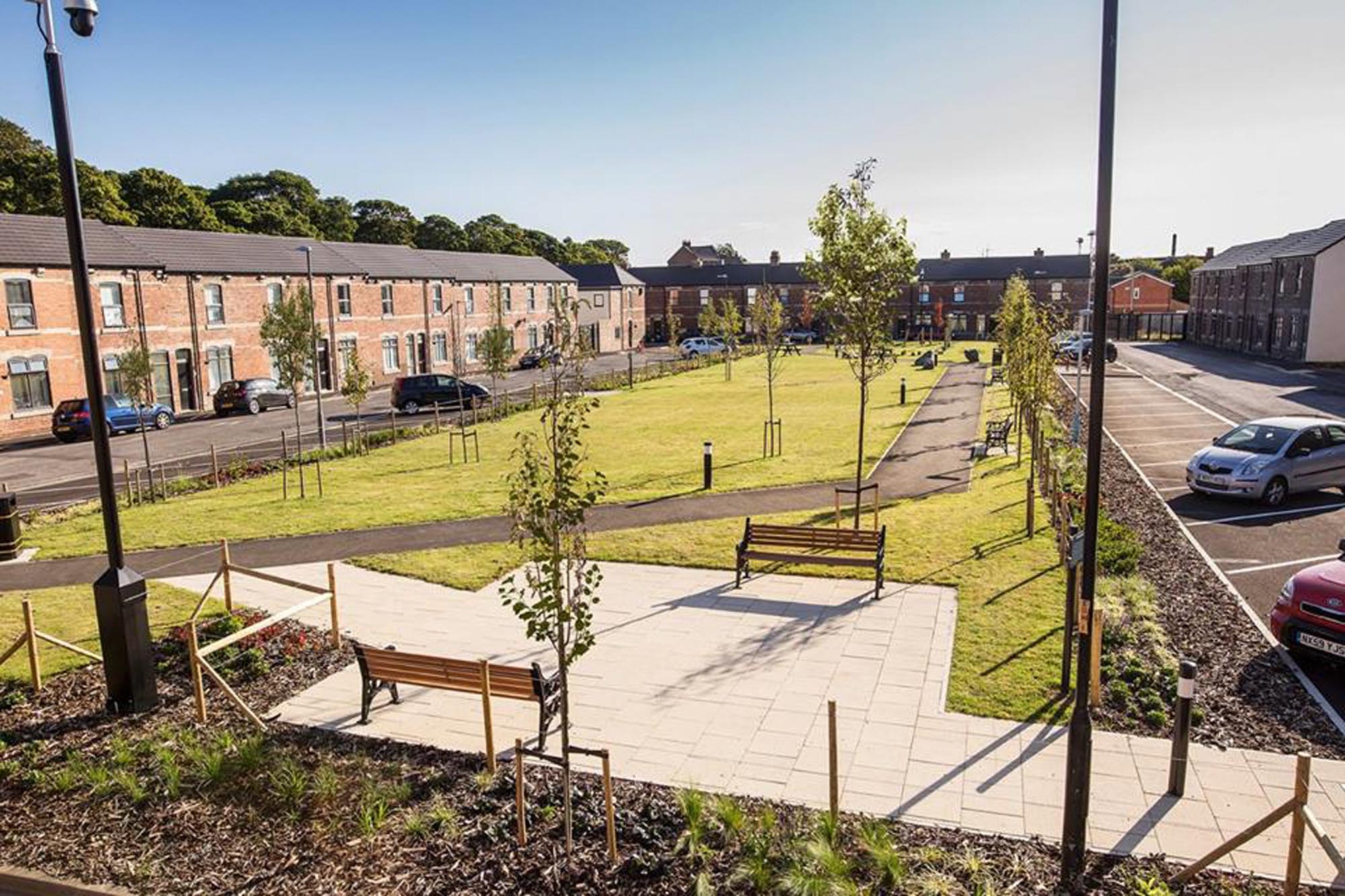 The resulting problem for the subsequent years was only further decay, as various initiatives proposed could never meet viability owing to a decline in land values which was a symptomatic of the problem itself. MCAU have helped to transform the area in realising the inherent flexibility that exists in the traditional Victorian Terrace, by delivering an attractive combination of new family homes in a heritage shell. We have released the latent value that actually already existed in the heritage value of the properties, which in turn has then help rekindle those former community values and happy memories that still existed for many of the former residents still living in the area.

This project which was awarded the Best UK Housing Project in 2019, is a testament to how a long-term build-to-rent investment model can unlock such a challenging regeneration project.

MCAU established that Hartlepool had a number of handsome residential and commercial places focused on garden squares that you would more associate with some far grander Georgian cities across the UK. The Green, the new focus of the development, and new name given to this re-emerging area was realised by the selected demolition of some of the terraces to allow the creation of a large landscaped garden square in the heart of the development. To provide much needed community space and improve the health and well-being of the residents and to create an identifiable link with some of those fine examples of public green space that exist throughout the town.

With the retention of these nicely brick detailed Victorian properties and through a complex process of refurbishment and lateral conversions, to provide internal layouts more in line with modern family values and living standards we have delivered an improved mix of 2 to 4 bedroomed houses each with rear gardens for the first time. Subsequently an existing Heritage asset which was destined for demolition has been retained and given a new lease of life and which has now started to cultivate a rejuvenated community.