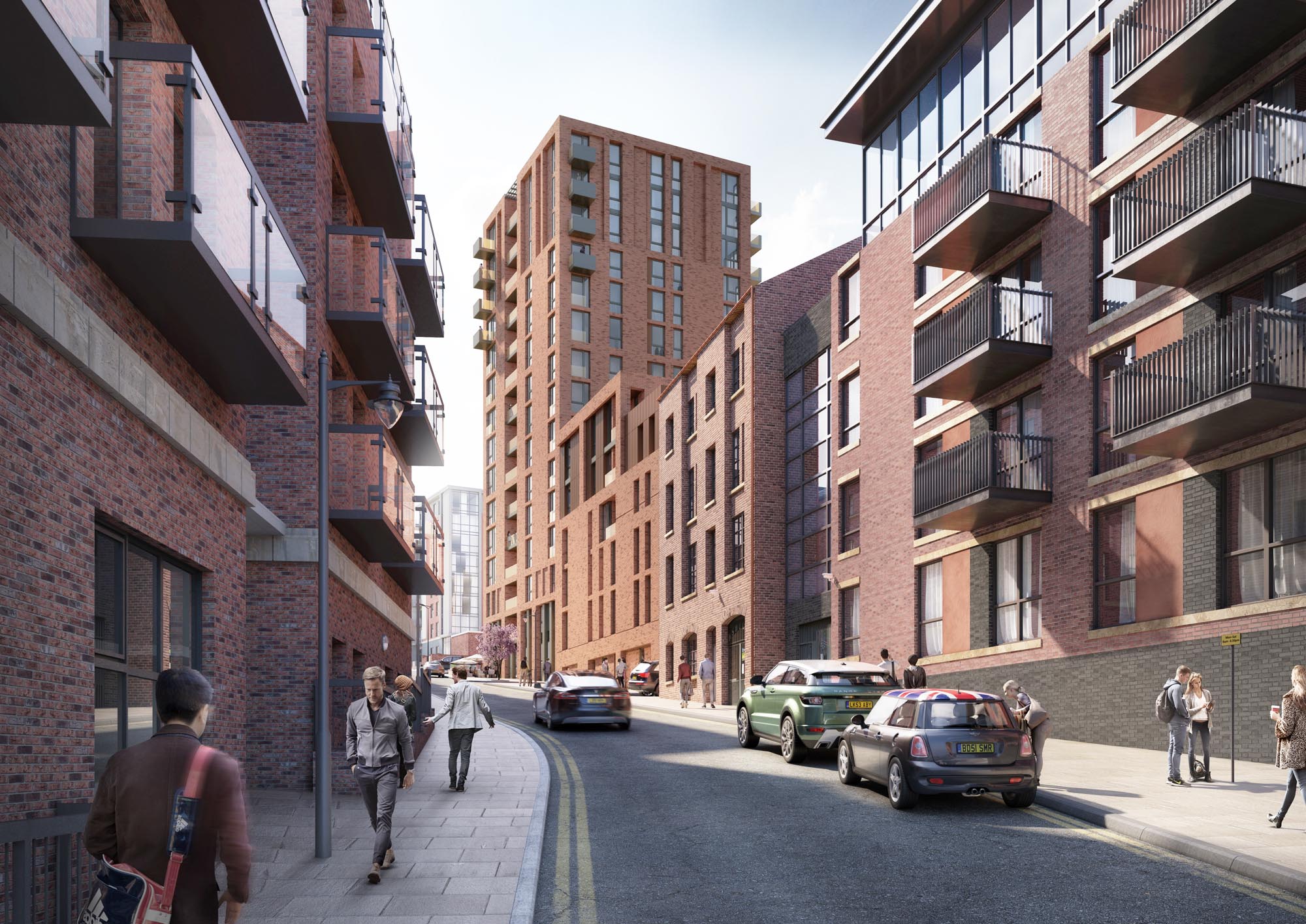 This brownfield site forms the final component in the regeneration of the Well Meadow Street area of Sheffield City Centre, and our proposal has been designed to enhance the relationship of the site with a strong urban rationale and detailed design that provides a sympathetic backdrop to the Conservation Area in which it sits.

The sites location is within a Conservation Area which has some significant Grade II* listed metal working buildings, on which Sheffield’s rich industrial heritage was founded, which are located directly adjacent to the development site.

MCAU were asked to revisit a previously unviable scheme that was also running into planning problems. Our approach was to revisit the urban and heritage strategy for the proposal and a new scheme was designed which ultimately realised a significant amount of increased density and unit numbers for the developer that not only helped viability, but also got the local authority back on board.

The two development blocks re-instate the urban fabric of the area developing fully to the back edge of footpath to reinstate the historical street pattern, and also restoring a previously lost public square on the edge of the conservation area.

A contemporary design was produced that was sympathetic to the historical context in textured red facing brickwork, which has been detailed, proportioned, and subdivided after a detailed analysis of the surrounding townscape informing the heritage and visual impact assessments that were produced. The detailed design achieves a contemporary solution which also harmonises with its historic context and which maximises the commercial opportunity on the site.

The development proposal at Brownell Street in Sheffield comprises 284 new build high quality residential apartments and an element of commercial space to support the local community. The scheme has been designed specifically for the build to rent market sector, including resident’s rooftop terraces and supporting communal spaces, and is being forward funded and acquired by Grainger PLC.