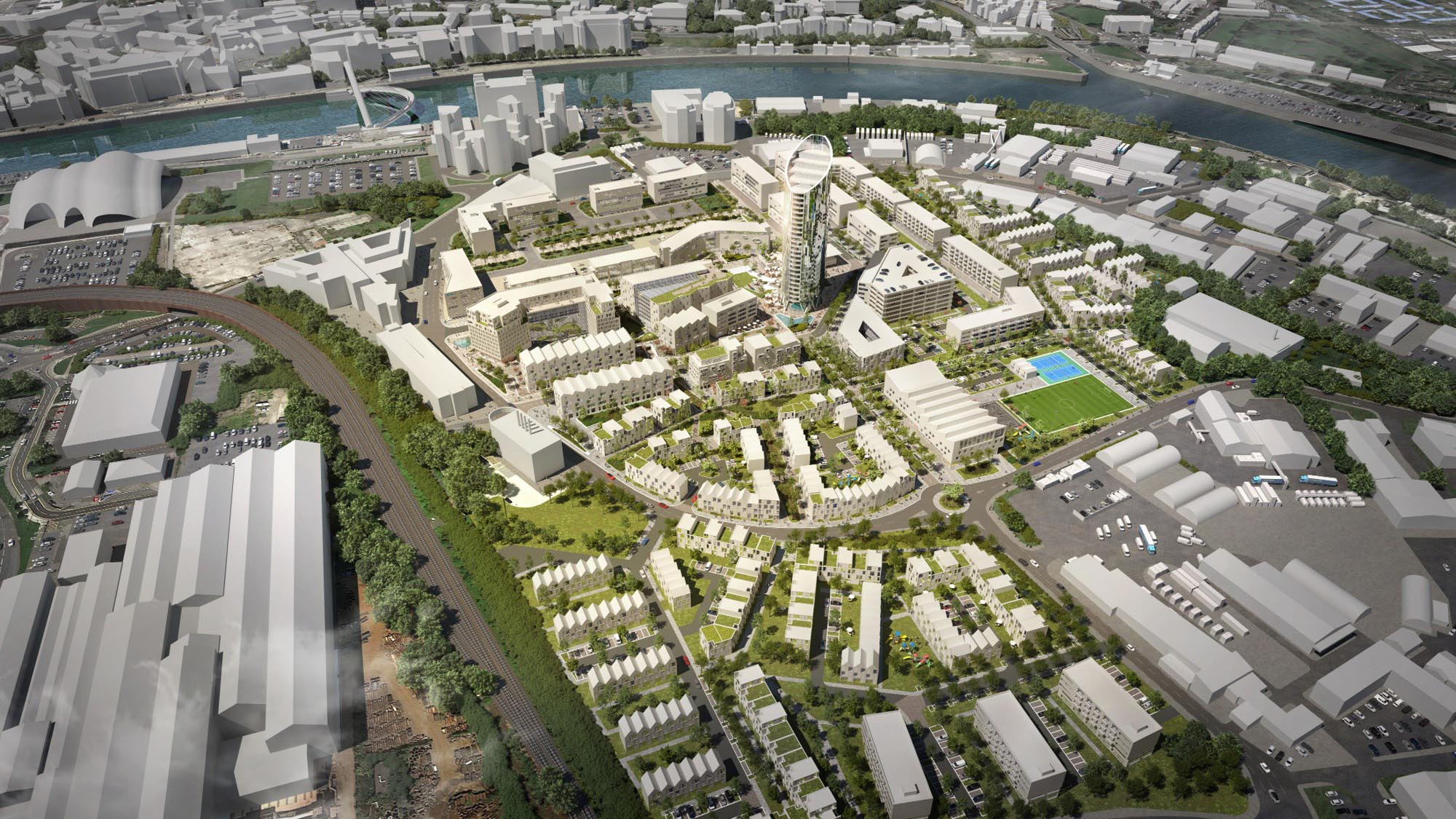 Historically known as Salt Meadows the area now known as the Baltic Quarter in Gateshead was an established community village including its own school and several pubs, housing families that predominantly worked and supported the docks.

The original 2009 masterplan for the Quarter was for employment led mixed use development but 10 years on only one element of the site was developed owing to the down turn in the economy at the time and the undoubted change in the desire for headquarter business locations. Where employment and business development will be even more uncertain in locations such as this, and certainly for the next few years at least in a post covid-19 world, the opportunity still exists to build on the Local authorities initial positive work and aspirations for the site carried out to date.

A change in the focus could be one that changes those prospective uses originally suggested which was for primarily employment uses to one that is much broader in its approach. This could help unlock its delivery and sow the seeds for positive change and regeneration to take place. The potential of MCAU’s proposals here are that they can still build on those initial successes of the early phases which have been developed out by the local authority, and they can still realise significant commercial business growth and employment on the site, but it can also ignite the opportunity to achieve a uniquely sustainable urban neighbourhood and bring a true local and regional identity with its own character back to this great riverside location.

This exciting opportunity can complement the existing and future employment prospects without compromising the original intent of the Baltic quarter, but a sense of place made up of overlapping communities, both business and urban residential, would mean a true urban mixed-use development can be realised. One which will help diversify the housing supply and address the pent-up demand for new homes in central Gateshead.

A day and evening economy can be established, where all uses support each other in a sustainable way. A potential move back towards workplaces that are near to the the home, and a commercial leisure and the local retail offer can all support each other to maintain demand in a local market. An adaptable ‘future proofed’ car park/green transport hub necessary to support the initial growth of business infrastructure, can also be achieved but carried out with a sustainable approach, where future uses can be practically introduced which reclaim the structure as demand for the car diminishes. Community uses including schools and health could also be considered in a short, medium, and long-term phased development strategy considered in these proposals.

Seeing the Baltic Quarter as a transformational opportunity is how this project could be approached creating a new city quarter formed by a broad but balanced mix of uses that together would deliver a vibrant new business and urban neighbourhood. The commercial, and residential of multi tenure and type, could also become a model for sustainable energy use and a natural extension to the positive and visionary work already done by Gateshead Council’s district energy scheme and its ambitions to provide low cost, low carbon energy for the town.